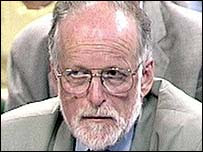 DR KELLY WAS A BRILLIANT MAN WHO DID HIS BEST FOR HIS COUNTRY. WE OWE IT TO HIM AND TO OURSELVES TO DISCOVER THE TRUE CAUSE OF HIS DEATH.

In this powerfully argued article, doctor and barrister, Dr Michael Powers QC explains why justice demands an inquest is held.

Since his untimely death in July 2003, questions have continued to be raised about the circumstances of Dr David Kelly's death. Many wonder whether he really killed himself and speculate that he was murdered. His sudden death shocked the nation - how could it have happened?

As a specialist practioner in law and medicine, I feel a responsibility to the two professions to air my doubts about a case that bridges both worlds.

Any question of suicide or murder has to follow the determination of the cause of death. To do otherwise risks putting the cart before the horse. It would, for example, be scientifically and logically unsound to assume suicide and then to set about finding evidence to prove it.

Before asking whether the deceased himself or a third party put the bullet in the head, it is necessary to determine first that there was a hole in the head and secondly that the deceased died because of it.

For 1,000 years, coroners have been investigating sudden, violent and unnatural deaths. They have got good at it. Suicide used to be a crime and a finding of self-murder is an unhappy reflection on the victim and his family and friends.

That is why suicide has to be proved to the same high standard as murder. It has to be proved beyond reasonable doubt that the deceased did the act which killed him with that intention in mind.

The normal inquest process in the case of David Kelly was interrupted by the order of the Government. Lord Falconer, the Lord Chancellor at the time, exercised a rarely-used power to require the Oxfordshire coroner to adjourn his investigation and to give that responsibility to Lord Hutton.

The coroner had the power to compel witnesses to attend and to give evidence on oath. The Government which took our country to war with Iraq chose not to give these considerable powers to Lord Hutton.

Although there were 24 days of evidence taken over two and a half months, the whole of the medical evidence took no more than a half day. The evidence of the pathologist, toxicologist and forensic biologist can be read in 30 minutes. No one could say this was a detailed investigation into the death.

I was trained as a doctor and during my years in medical practice I often had to pass catheters into the radial artery in the wrist. This is where medics usually feel the pulse. It can even be seen pulsating in many people.

Dr Kelly's wrists were not slit. Neither radial artery was cut. This alone is a strange finding in someone who intends suicide by this method.

Deeper in the wrist on the side of the little finger lies the ulnar artery. It is not used for catheterisation because it is too small. Yet Lord Hutton, on the unchallenged evidence of a single pathologist, concluded that Dr Kelly bled to death from the severance of this single small artery in the left hand.

No courtroom drama would be complete without critical witnesses being challenged through the cross-examination process.

Like all barristers, I received a rigorous training in advocacy and, because of its enormous importance, I take time from my practice to train barristers in this art. A skilful cross-examination is often the key to ascertaining the truth.

None of this happened in Lord Hutton's inquiry and witnesses were simply led through prepared evidence. Reading the transcripts, far from providing any sense of satisfaction, leaves me with feelings of frustration. Opportunity after opportunity was lost to pursue answers until every avenue had been thoroughly explored and every "escape route " closed.

At the very end of his evidence, Dr Nichaols Hunt, the pathologist who had conducted the post-mortem, was asked: 'Is there anything else you would like to say concerning the circumstances leading to Dr Kelly's death?'

Such a question gives the witness who is favourably disposed to the questioner an open opportunity to go further than his witness statement. It is NOT a question ever asked in cross-examination as it provides a free pass to an escape route.

Dr Hunt answered: 'Nothing I could say as a pathologist, no'. He is an experienced expert witness. What on earth did that answer mean? He was there to give evidence as a pathologist. He knew that. Everyone knew that. So why did he give that answer? It begged the question whether there was anything else he knew. Was he concerned about any other forensic or factual evidence? These questions were never asked.

Hutton focused on the so-called dodgy dossier and the conflict between the Government and the BBC which, at that time, was more in the public eye. Because it was taken from granted Dr Kelly had killed himself, the medical evidence was insufficiently explored.

In the absence of any bleeding tendency from a clotting deficiency (and there was no evidence of this) fatal haemorrhage from a severed ulnar artery is so improbable that more evidence was essential before such a conclusion could be reached.

If you want to know how much beer has gone from a full pint glass, it is easy. You can either measure how much has been poured out or measure how much remains. To be confident, you would measure both. The same approach should have been adopted in this case.

As it was not, there is no evidence as to whether there was sufficient haemorrhage from the ulnar artery to cause death. The inquiry fell into the trap of the circular argument: Dr Kelly died, therefore he must have lost sufficient blood.

'In my work as a barrister I meet many medics but I have never met a single doctor who has disagreed with the propostion that is is extremely improbable that haemorrhage from a single, severed ulnar artery would ever be a primary cause of death.'

Yet this extreme unlikelihood was never explored with Dr Hunt. Whatever the reason, this was a serious failure of the Hutton Inquiry. It has understandably led to a suspicion of cover-up. This could not have been the cause of death, the argument goes. If it were not the cause, then what did cause his death? Was it something Dr Kelly did to himself, intending to cause his own death, which has not yet been discovered? Was it part of some elaborate plan by others to end his life?

The only way to stop the many theories which abound is for there now to be a thorough and open investigation by way of a fresh inquest. Surely the Government realises that the way to foster conspiracy theories is to be secretive and to resist calls to disclose all the medical evidence.

We should pay tribute to Dr Kelly. He was a brilliant man who did his best in the service of this country. He deserves our gratitude and respect. We owe it to him and ourselves to ensure the true cause of his death is ascertained.

Dr Michael J Powers QC is a barrister specialising in medical causation and a Fellow of the Faculty of Forensic and Legal Medicine of the Royal College of Physicians to which he is an appointed examiner.

Posted by Rowena Thursby at 2:49 PM

Thanks for posting this very good article. It sounds like the tide is turning in favour of an inquest, whereas this seemed unimaginable just a few short years ago.

One thing I find hard to understand is why successive governments, even from opposing political parties, toe the same line and are reluctant to put right the wrongs of their predecessors.

Here's hoping the present coalition and perhaps Kenneth Clarke in particular will have the courage to at least order a proper appraisal of Dr. Kelly's death, if not the wider issues surrounding the war in Iraq. As Dr. Powers rightly states, we owe it to him, but also to his family. All this stuff about wanting to prevent distress to the family just doesn't seem to wash for me.

The whole country and every branch of the media is currently showing outrage about 'phone hacking, with serious questions about the role of the police and our politicians. Yet we quietly let this issue lie - where are our priorities.

Dr Michael Powers is high on my list of people I most admire. What a shame there are so few people like him. Nobody (that would be prepared to admit it) really knows how or why Dr Kelly died. All we know is that the verdict of suicide is totally implausible. With the information hidden away for 70 years and the current government not having the courage to revisit this potential can of worms it is unlikely that any of the multitude of questions surrounding this incident will ever be answered. Don't give up fighting for truth and justice Dr Powers - please!