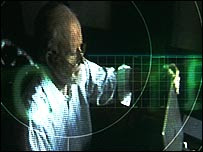 The full programme can now be
viewed here.
Posted by Rowena Thursby at 12:23 PM 2 comments:

Try these 3 different locations until you find one that works... here, here and here.
Posted by Rowena Thursby at 8:51 AM No comments:

COMMENTS ON BBC2'S "THE CONSPIRACY FILES"

I have received dozens of thoughtful responses to the programme examining Dr Kelly's death, and will try to answer them over the next week. Answers will be published here to the points that tend to be repeated - for instance, the pads found stuck to Dr Kelly's upper body are not significant because they were placed and left there by the paramedics when they tested for a heartbeat. Meanwhile, you might take a look at some of the comments below.
Posted by Rowena Thursby at 2:09 AM 6 comments:

Norman Baker tells BBC Two's The Conspiracy Files he has reached the conclusion Dr Kelly's life was "deliberately taken by others".

Mr Baker has also obtained letters suggesting the coroner had doubts about the 2003 Hutton inquiry's ability to establish the cause of death.

Hutton reached a verdict of suicide but a public inquest was never completed.

Dr Kelly, whose body was found in July 2003, had been under intense pressure after being named as the suspected source of a BBC report claiming the government "sexed up" a dossier on the threat posed by Iraq.

Coroner Nicholas Gardiner opened an inquest into his death in Oxford just a few days after his body was found on Harrowdown Hill.

As you will know, a coroner has power to compel the attendance of witnesses. There are no such powers attached to a Public inquiry Nicholas Gardiner, writing to Lord Falconer in August 2003

But he was ordered to adjourn it by the Lord Chancellor, Lord Falconer, as the Hutton inquiry would take over, and it was not resumed.

Lord Falconer said he wanted to minimise the distress caused to the Kelly family.
The official account given by the Hutton inquiry was that Dr Kelly committed suicide by cutting his left wrist, and taking an overdose of the painkiller Co-Proxamol.
In his report, Lord Hutton said: "There was no involvement by a third person in Dr Kelly's death."

Mr Baker, who has spent a year investigating the case, believes there is enough evidence to suggest that the scientist did not kill himself.

The Liberal Democrat MP said toxicology reports suggested there was not enough painkiller in Dr Kelly's system to kill him, and the method he had apparently chosen to commit suicide was not a recognised or effective one.

"I'm satisfied it was not suicide. And after that you're left with the conclusion that his life was deliberately taken by others," he tells The Conspiracy Files.

He tells the programme it has been suggested to him that the weapons scientist was assassinated.

Speaking last week on BBC Radio 5 Live, Mr Baker said he was not ready to reveal all the evidence he has unearthed, but would consider passing a file to the police in due course.

Mr Baker has obtained letters between Mr Gardiner and the Lord Chancellor's office from 2003, suggesting the coroner was not happy with the Hutton inquiry's ability to establish the cause of death.

The letters were given to the MP by Constitutional Affairs minister Harriet Harman and have not been revealed publicly before.

I believe that David was probably a victim of Iraqi Intelligence Service Richard Spertzel, former colleague of Dr Kelly

On 6 August 2003 Mr Gardiner wrote to the Lord Chancellor expressing concern about Hutton's lack of legal powers compared with an inquest.

"As you will know, a coroner has power to compel the attendance of witnesses. There are no such powers attached to a public inquiry," Mr Gardiner wrote.

The Oxfordshire coroner also asked to be allowed to continue with the inquest because "the preliminary cause of death given at the opening of the inquest no longer represents the final view of the pathologist, and evidence from him would need to be given to correct and update the evidence already received".

Mr Gardiner met officials from the Department of Constitutional Affairs on 11 August 2003 "to discuss the mechanics of admitting evidence from the pathologist and analyst".

The Lord Chancellor then accepted the coroner's need to have one further hearing.
In a letter to Mr Gardiner, dated 12 August 2003, Sarah Albon, private secretary to the Lord Chancellor, said that "the cause of death of Dr David Kelly is likely to be adequately investigated by the judicial inquiry conducted by Lord Hutton".

It said Lord Falconer accepted Mr Gardiner may want to take fresh evidence from the pathologist and analyst.

But he was "most anxious to avoid any unnecessary distress to the family, and has asked that you keep the proceedings as short as possible and, so far as the Coroner's Rules allow, take the evidence in writing".

On 18 August 2003 a death certificate was registered setting out the causes of death.

Yet the Hutton inquiry had only just started taking evidence and its report was published a full five months later.

In March 2004, a final hearing was held in Oxford at which Mr Gardiner said he was satisfied there were "no exceptional reasons," including concerns about the Hutton inquiry's powers, for the inquest to be resumed.

The Conspiracy Files explores a number of alternatives as to how Dr Kelly might have met his end.

Mr Spertzel, who was America's most senior biological weapons inspector and who worked alongside Dr Kelly for many years in Iraq, believes the Iraqi regime may have pursued a vendetta against Dr Kelly.

"I believe that David was probably a victim of Iraqi Intelligence Service because of long standing enmity of Iraq towards David," he says.

"A number of us were on an Iraqi hit list. I was number three, and my understanding, David was only a couple behind that.

"And none of the people on that hit list were welcome in Iraq. Immediately after David's death, a number of the other inspectors and I exchanged emails saying, 'Be careful.' " 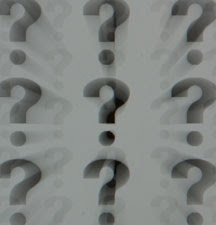 One in four doubt David Kelly killed himself

NEARLY a quarter of all people questioned in a BBC poll do not believe former Government weapons inspector Dr David Kelly killed himself.

The poll for the corporation found that 23% of people believed Dr Kelly didn't commit suicide, while 39% believed he did and 39% said they did not know.

Dr Kelly was found dead on July 18, 2003 after being named as the possible source of a BBC story on the Government's Iraq weapons dossier.

An inquest was adjourned indefinitely while Lord Hutton held an inquiry. Oxfordshire coroner Nicholas Gardiner concluded in March 2004 that there were "no exceptional reasons" to justify reopening it.

The official account given by the Hutton Inquiry said that Dr Kelly committed suicide by cutting his left wrist. He had also taken an overdose of the painkiller Co-Proxamol.

The poll comes ahead of a three-part BBC Two series, The Conspiracy Files, starting on Sunday, investigating conspiracies into Dr Kelly's death, the World Trade Centre attacks and the Oklahoma City bombing.

The programme on Dr Kelly, to be broadcast on Sunday, February 25, will examine in detail the hours leading up to and immediately after his death.

The Gfk NOP poll surveyed 1,000 adults in the UK by telephone between 27-29 October last year.

Do you think David Kelly killed himself? Have your say.

http://www.manchestereveningnews.co.uk/news/s/236/236396_one_in_four_doubt_david_kelly_killed_himself.htmlSee
Posted by Rowena Thursby at 4:58 AM 5 comments: 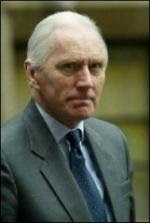 It's the sizzling summer of 2003. Two days after his traumatic appearance before the Foreign Affairs Committee, weapons inspector David Kelly is found dead on Harrowdown Hill. The coroner begins his inquest, but on 24 July Lord Hutton takes over as the inquest is subsumed into an inquiry.

Seemed all very right and proper, except that an Inquiry does not have the necessary "teeth" (subpoena of witnesses, statements taken on oath, jury) to take the place of an inquest, so cannot prove suicide beyond reasonable doubt as the law requires. And just a moment, if the English law lord is now at the helm, what's this......?

1. 18 days after Lord Hutton receives confirmation that he head up an inquiry into the circumstances surrounding Dr Kelly's death, Gardiner drops in to the Home Office's 'Department of Constitutional Affairs' - on the spur of the moment while in London, he claims.

3. 4 days after that, long before Hutton hears evidence on the manner and cause of Dr Kelly's death, he has the registrar issue a full death certificate.

In a recent letter to LibDem MP Norman Baker, Lord Hutton claims he had no knowledge of the coroner's actions, and conducted his inquiry unaware that on 14 August Nicholas Gardiner met forensic toxicologist Richard Allan and forensic pathologist Nicholas Hunt to establish Dr Kelly's cause of death, and subsequently arrange the issuing of a full death certificate.

In an article in the Mail on Sunday Norman Baker describes what happened:

I have unearthed the fact that a full death certificate was issued by the local registrar (following the instructions of the coroner) on August 18 - a week after the Hutton Inquiry started hearing evidence - giving explicit reasons for death.

I have a copy of that certificate. It cites haemorrhage and incised wounds to the left wrist, conclusions that are far from certain for the reasons given above.

When I asked Harriet Harman how it was that the coroner was able to establish cause of death when the Hutton Inquiry had barely started, she replied that he 'was able to ascertain reasons for ... death from the post-mortem report from the Home Office pathologist, Dr Hunt, and the toxicology report from Dr Allan. The death certificate, we now learn, was issued as a result of a meeting on August 14 between Dr Hunt, Dr Allan (or their representatives) and the coroner. A parliamentary question I asked has now revealed that this meeting followed an unusual, even irregular, meeting between Home Office officials and the coroner on August 11. Doubtless the officials were able to help guide the coroner on the way forward.

So what was the point of setting up an inquiry to look into the circumstances of Dr Kelly's death when the facts had, it appears, already been decided? And where did that leave the normal inquest procedure, as even that wasn't followed?

More pertinently still, the Coroners Rules required that 'where an inquest has been adjourned for any reason', an interim certificate of death shall be issued if needed. In effect, this is a certificate only to confirm death and allow the body to be buried. Clearly, the rule was not followed in this case.

I discussed the matter with Michael Powers QC, a leading expert on coroners' law, who professed himself astonished that a full death certificate could have been issued in this way. So with the Hutton Inquiry barely started, the Oxfordshire coroner determines the cause of death without the normal inquest procedure, bases this on the severing of the ulnar artery, the only such cause of death in the whole of2003, and relies exclusively, it seems, on Dr Allan, who later would tell the inquiry that the level of coproxamol present was insufficient to cause death, and on the findings of pathologist Nicholas Hunt.

Posted by Rowena Thursby at 6:02 AM 5 comments: 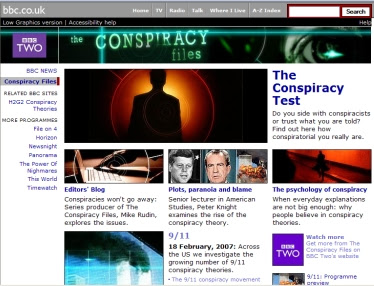 At 9pm on SUNDAY 25 FEBRUARY, BBC2's "THE CONSPIRACY FILES" looks at evidence which casts doubt on the government's official line regarding Dr David Kelly's death: 'We explore the questions remaining following the death of the weapons inspector.'

Posted by Rowena Thursby at 5:05 AM 3 comments: